People like being with others who are like them, especially when it comes to immigrants or those who cannot speak English fluently. Language plays a major role in everyday life and by living in a community where others speak their native tongue, life as a whole becomes easier. Restaurants have food they are familiar with and signs they can read, people are less likely to be held back by a lack of English proficiency in the workforce, and friends and family you can communicate with are just around the block. There is another driving force behind why people flock to others who are similar to them, and that is lack of upward mobility due to a long history of systemic racism towards people of color and potentially a fear of being an outcast (Logan et al. 2002). When people are denied access to education simply due to the color of their skin, skipped over for a raise that was instead given to the less-experienced but light-skinned co-worker, and avoid walking around outside at night in fear of being unfairly racially profiled, entire communities can be left behind in the squalor while those around them rise higher and higher (Cole & Omari 2003). This is called residential segregation and was spurred on by poor policy decisions from the past such as redlining which encouraged grouping of underprivileged minorities, tuition-gated education that caused wealthy individuals to cluster together, and restrictive policies against Black, Hispanic, and Asian individuals preventing them from buying homes in certain communities (Quillian 2002). However comfortable it might make an individual feel, living in a bubble is the perfect setup to nurture biases. When we do not interact with others who are different from ourselves, we do not get the opportunity to understand their way of living. When we don’t know about something, human nature tells us we need to be afraid of it. To put it precisely, proximity breeds care and distance breeds fear.

There has been a recent rise in physical attacks on Asians and an increase in derogatory language that paints the Chinese as “the bad guys”, especially from the Trump administration (Rushin & Edwards 2018). Most recently, we witnessed the tragedy of the Atlanta spa-shooting on March 19th, 2021 where eight people were killed, six of whom were migrant Asian women and specifically targeted. When powerful people lead by example, it makes it seem okay for others to participate as well. In 2017 during Trump’s early presidency, there was a statistically significant rise in hate crimes of around 20%, even after adjusting for possible other alternatives. With so much hate speech spreading around social media and being whispered behind people’s backs, it is almost impossible to avoid being exposed to it. Big tech companies like Facebook, Twitter, and Amazon have been open about their attempts at trying to curb this hate speech before it can lead to the formation of a hate crime. There have been some successes, like Amazon suspending pro-Trump social network Parler, but more stringent media review needs to occur since it only takes one radical idea being spread around to lead to another public shooting. For personal safety, it makes sense that Asian-Americans would want to surround themselves with their own community. 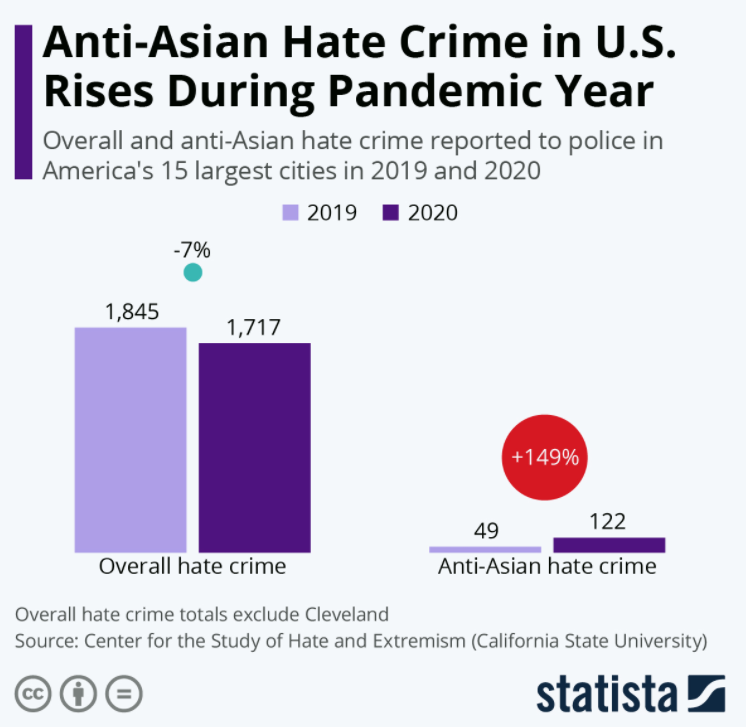 Immigrant communities are not the only communities affected by residential segregation. Black Americans, whose history in the U.S. goes back further than almost all immigrant groups, and who have borne the weight of slavery, continue to face challenges stemming from years of systematic persecution. Although the history of Black oppression goes back way further, one example of the lasting impacts of segregation is not admitting Black people into schools solely based on the color of their skin. Discriminatory admissions was still an active practice even after the Brown vs. Board of Education case in 1954 which ruled that racial segregation in public schools is unconstitutional. Some time was needed to apply and enforce the policy and some institutions found ways around the ruling for as long as possible (López & Burciaga 2014). Recumpence must be paid to those who are still fighting through the effects of inequality their ancestors and those before them faced. Mortgage assistance programs can be created to help those who live in previously red-lined areas so those families can try to catch up from behind. Special loans and incentives can be given to Black families moving to predominantly non-Black neighborhoods to encourage diversity. Affirmative action can also be applied to assist groups who have previously been discriminated against. A “compensation factor” should be considered when reviewing applications from prejudiced minority groups to acknowledge the fact that they have made it this far, despite all the roadblocks society placed in their way. However, great care needs to be taken to not have these actions taken to be acts of pity or as a way to then discriminate against those who would have otherwise benefited. Similar to affirmative action in college admissions, the narrative should be that everyone who is good enough has made it thus far, and the slight boost towards those previously discriminated against makes up for the fact that they had to work harder and longer just to get to the same place. 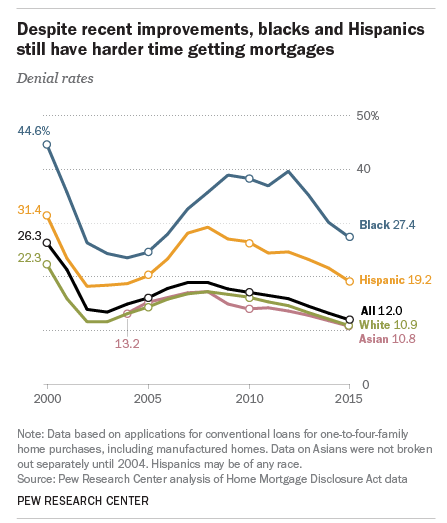 In order to combat residential segregation in the immigrant community, the government can place a greater emphasis on having translators readily available. When a non-native American needs help filling out important paperwork or when they need a medical diagnosis explained to them, if interpreter services are readily available there will be a greater sense of freedom and bravery needed to integrate with the rest of America (Chen 2020). This is somewhat practiced today with certain businesses and industries, but the availability is inconsistent and not all languages are included so it ends up not reliable. When there is no foreign language support available, some immigrants have to rely on their children who likely grew up here or picked up the language faster to assist with official documents, many of which contain complicated and challenging words that kids often struggle to translate accurately. In addition to translation services, those who want to feel self-reliant should have access to free English language classes that actually teach words useful to everyday life, with special care directed towards those who are older and may not pick up the language as quickly. Some may argue that since it is the individual’s decision, those who come here should learn the language, akin to “when in Rome, do as the Romans do”. The problem is that for many people who come to America from overseas, a compelling reason drove them to leave their families whether that is racial or religious persecution, unstable government leadership, falling economic policy, or gender discrimination. Instead of being unwelcome, we should do what we can to help those people at least get their new life started.

When it comes to internal segregation, the department of Housing and Urban Development (HUD) is supposed to train fair housing testers combat housing and lending discrimination. Their results have been meager at best due to a legacy of racism and chronic underfunding (Rice 2018). Less than a quarter of Section 8-eligible Americans are able to take advantage of the system. Just because the Fair Housing Act of 1968 was enacted, it does not mean the policies are adhered to or reinforced. Increased prioritization of allocation of resources towards the HUD each year, not just in times of a global pandemic, and collaboration with local and state housing agencies is needed to achieve significant results. Working together with locals who understand the unique dynamics and situation of each locale will allow HUD workers to effectively come up with impactful solutions. In addition, targeting the root of what causes individuals to seek out housing assistance programs can help reduce the strain on resources. This can include job training, physical/mental healthcare, childcare, and applicable skills training (Carlson et al. 2011). Due to the increased cost of providing these additional assets, a life coach can be utilized to guide beneficients towards effectively utilizing their assets to achieve the greatest end outcome and turn their lives around. When everyone is on the same playing field, that gives minorities and people of color a greater chance for upward mobility which then only increases from there.